Every person has its own way of thinking. How they respond to their environment, the way they talk, body language, willingness to take risks and other various things depends largely on a person’s mindset. You see a number of people around you each day and their different way of thinking. While some have a go-getter attitude that is ready to take challenges, few in the crowd are sceptical about trying out a new thing.

And while you are now trying to figure out what way you think, let’s make it simpler for you by explaining the two kinds of mindsets:

It is the ideal mindset that pushes you forward to achieve new goals. As the name itself points out, a person with a growth mindset looks ahead to ‘grow’ in various fields of his life. He believes that his personal and professional qualities can be improved and developed, and welcomes suggestions. Also, he would keep up his pace with changes around him and adapts easily to his environment.

Boosting up performance, exploring new skills and an urge to know more are the key features of a growth mindset.

Fixed. The word itself says that the mind draws its own limits. Such a person is highly nervous about taking risks, as he perceives risk as a welcome for failure. Rather than learning from his mistake or failure, he tends to avoid the entire process, thinking that he will fail again anyway.

As a result, the development of a person’s life becomes stagnant.

Why is the growth mindset important?

Risks need to be taken

As the saying goes, smooth sea never made a skilled sailor. Taking the simpler path might seem like the easy way, but taking risks should be a part of one’s personality. While a fixed mindset tries to skip over a risky situation, but a growth mindset picks up confidence and deals with it.

And situations may not always be in your favour. Thus, one should be willing to risks rather than fearing them.

To see mistakes as lessons

A person who did not make any mistakes points out that he did not try anything new. Making mistakes is not the fault; the fault in not learning from them and repeating them again. And that’s where a person with a growth mindset makes a difference by making an attempt towards learning from mistakes.

Observing errors as an opportunity to start in a new direction comes through a growth mindset.

Admit it, maintaining relations with the people ar4ound you is a challenge that is always on your head. You can’t buzz off people whenever you want, have to be calm no matter what actually goes inside you, take nicely etc. So, many things to do at the same time, right? And it often happens that people get fed up after trying once or twice to make efforts in their relations. If they fail, they blame it entirely on the other person.

A growth mindset can help you out in working on your relations as well, as it develops a continuous effort making a habit in people.

No more feel silly to question

Another common scenario in our day-to-day life happens while sitting in a lecture. The teacher is explaining a concept, where a student did not get it clear in your head. He wants to know it again and take help from the teacher to clear his doubt, but various questions hit in his mind about what people around him will say. Will they make fun of him, the teacher will refuse to explain again etc.; such worries come up, and he sinks down in his seat and keeps his doubts to himself. We all have faced such situations. Growth mindset stirs the urge to know more in a person, thus pushing his curiosity ahead.

Without worrying about what people around will say, a person with a growth mindset does not hesitate to ask questions.

Solving problems instead of complaining

Yes! It has been found out that people with a fixed mindset ponder over problems, instead of finding solutions to it. The ones with fixed mindset go with a positive attitude and work on the problems to come to a solution. Fixed mindset, on the other hand, limits your brain in all such decisions, and your growth in personal, professional and social life becomes stunted.

People with a fixed mindset are quite sceptical about taking risks, which takes them away from doing new things and exploring further.

How to develop a growth mindset?

Now that you know the benefits of having a growth mindset, the following are the guidelines on how to develop it within yourself.

Rather than ignoring the hurdles, the key is to deal with them. Finding ways to deal with situations not only develops a growth mindset, it simultaneously lessens your problems too, so that you can keep your schedules sorted ahead.

The process of working on a product is more enjoyable and useful rather than the product itself. It is the time when you try various options, learn from mistakes, coordinate with people, tackle problems and seek new opportunities. Once you begin to enjoy and learn from the work process, growth mindset nurtures in your mind as well.

Instead of worrying about the consequences, pay attention to the process; the result will get refined itself.

Find a reason behind everything

And so does saying goes as well, everything happens for a reason. To develop a growth mindset, it is extremely important to develop a logical way of thinking. Logic and reasoning take you ahead in all your work processes.

Compete with yourself instead with others

A major factor behind people getting stressed with their work is because they compare themselves with others. Are they doing better than the rest? Is anyone else in a better position than them? Such queries will only add to your stress and keep you away from growing in genuine.

Instead, be your own competitor. Analyze how far have you come, how much you have improved and how far do you have to go.

Yes, it hard, but it is a must too. Accepting your flaws is the best way to know your flaws. If someone condemns your work, accept it and ask about what could have been alternate ways to do it. This way, your mind grows ahead of trying things in just one way and gets to know where you went wrong too.

Keep on making goal after goal to keep on achieving them. For example, you have planned to complete your lessons from chemistry over this weekend for your coming exams. And learnt them all too.

What next? Should you stop there?

No. Make another goal after studying chemistry lessons, to study other subjects through the week as well.

Life is too short to make all mistakes on your own and learn from them! Thus, observe what mistakes people around you have made, and think about how they deal with it or how would you deal with them.

This article is mainly to make graduate students understand the major differences between copywriting and proofreading which will enable them to be more careful the next time they design a research paper and know how it functions. 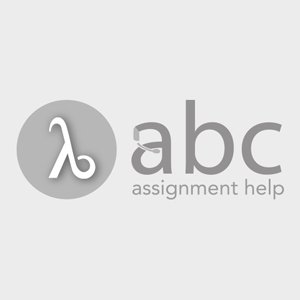 How Students Can Manage Mental Health During Pandemic

COMMON NOTE-MAKING MISTAKES (HOW TO HELP STUDENTS TO...

10 TIPS FOR PARENTS TO KEEP YOUR CHILD MOTIVATED DURING...

How to Start Writing Your Assignment

A number of assignments are to be written during your...

How Students Can Utilize Their Weekends

After a hectic week schedule in the college, it’s...

Future of Learning Through Mobile App

Mobile is the gadget that is leading the world of...

An emotionally fulfilling career choice and a highly...

How Assignment Help Service can help you to boost your grade

No matter what course you are pursuing, which...