Incentive is a very commonly used term in day today life. It refers to something that motivates a decision maker in favour of one particular choice. Hence, it can be said to be a reward so that the decision maker works towards reaching the desired or intended outcome.

Incentives can be broadly categorized as:

Hence, incentives are used to influence decision maker’s behaviour and achieve desired result. They are one of the foundations of economics as they motivate a person to achieve certain result and motivate the different organizations to compete.

Utility refers to the satisfaction that is derived by an individual when he or she consumes a good or a service.

Hence, the total utility (or satisfaction) derived by consuming a good or service is referred to as total utility. When depicted graphically, total utility is an inverted U-shaped curve. 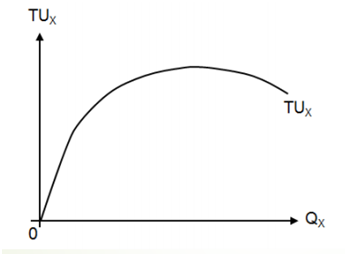 However, this theory seems less realistic as it is very difficult to measure it numerically or in quantitative terms.

This theory seems more realistic as it seems relatively easier to measure utility derived in qualitative terms or through ranking method. 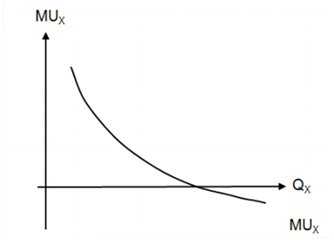 There are some assumptions related to this theory, such as:

The level of utility drawn by a consumer with respect to a particular commodity depends on that individual’s preferences: 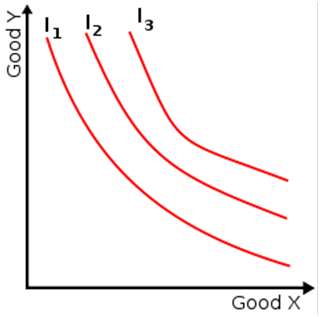 Hence, the illustration above shows three indifference curves: I1, I2 and I3. Each curve represents combinations of Good X and Good Y. Any individual on I1 is indifferent at any point on one particular curve, for example, any combination of Goods X and Y that lies on I1 is acceptable to the individual. In other words, he is indifferent to any of such combinations as theya re ranked equally and represented through one indifference curve. However, he will prefer I2 to I1 and I2 to I1 since I2 represents more of Goods X and Y.