In Statistics, you collect information in the form of data. This data tends to differ from one another, whether they are people or things, on the basis of a characteristic if not several.

This difference in the characteristic of one person to the other, all in a population is called a Variable. An example for beings can be their height and weight. Their eye colour and gender can also be taken into consideration. While Height and weight are numerical measurements, they are considered as quantitative or numerical variables and clearly since eye colour and gender  depict non-numerical measurements, they are qualitative variables.

Scales can be different for both types of Variables, namely Quantitative and Qualitative variables.

Scales for qualitative variables: Variables can often be defined on the basis on scale instead of the other way round where. A variable receives it meaning and structure from its scale.

Since these various qualitative variables may not necessary be numbered or ordered. They can further be divided into two types of scales. Nominal Scale and Ordinal Scale. The category of variable which is unordered whereas the categories are just names are called Nominal scale. If these same categories can be put into order and numbered, they are called Ordinal Scale.

Examples can include : how intelligent someone is, in this case they can be very intelligent or not all intelligent. This ordinal variable will be based on an ordinal scale. In the same way, If a student ranks highly in class for example first or second, since they’re merely names, they will be nominal variables on a nominal scale.

Scales for Quantitative Variables: There are again different types of quantitative variables, namely Discrete Variables and Continuous variable. A quantitative variable will only be defined on an interval scale if the measurements if the respective variable can be measured but the proportion cannot be identified. Alternately, if both the measurements can be compared and the proportion be calculated, the variable will be defined in Ration Scale. They are required to have an absolute zero point for it to be successful.

As mentioned above, data can be achieved by analysing and observing the values of the variable of human being and things. Every information observed by the researcher individually would be referred to as an observation. A collection of all these individual observation is called a data set. These are calculations of values for the sample. To make analysing and sorting the data of qualitative variables, they are oden assigned serial numbers. This kind of converts the qualitative data to numerical data in a way. A we read before, In a nominal data set, numbers are merely names, so if an example depicts colour of people’s hair can be coded at 1,2,3,4,5 denoting Black, brown, blonde, red and grey hair. Here the data is still considered minimal data, not with the adaptation of numbers which help researchers sort out data more efficiently. Since these numbers cannot be calculated or depicted with 4>2, 5-3=2.

This collected data is often depicted in the form of a data Matric. Here, one column will have values of a particular variable and so on and so forth.

This is further organised into a table called a frequency distribution table which will included all the different categories and their count. For easy in depiction, we oden look for percentages to portray our knowledge. This can be done by dividing the frequency of the categories by the absolute number of observations an then multiplying it by 100. When it is depicted in the form of a decimal, it is called a relative frequency.

The same way a relative frequency distribution table can be set up to show different categories and their frequencies. They help in analysing the pattern of the observation to the fullest. They have a sum of 1 and are different than Cumulative Frequencies. It mean adding the relative frequencies of categories unto a particular category. This doesn’t work in the case of nominal variables and for ordinal ones,

Graphically, this type of data is can be depicted with the help of a Bar graph, either horizontal or vertical or a pie chart. The bar graphs having two axis show categories and frequencies on the horizontal and vertical axis respectively. THz height of the bar graph depicts the relative frequencies.  In the same, like its namesake, a pie chart Is divided into small pieces on the basis of the ration of the relative frequencies.

Discrete Variables: Variables such as number of people in Melbourne, number of bikes accident taking place in  neighbourhood, number of children with dark eyes are all achieved through good ol counting and are hence called Discrete Variables. Generally, the values of  discrete variables fall under generic counting numbers The formal definition can be : “ A variable is discrete if it only has a countable number of distinct possible values.” Since these are finite numbers, they will be called discrete.

Continuous variables: Measurements such as weight, height and width can all be measured but they cannot be absolutely accurate. For example if height is measured to the nearest cm, it can be more accurately done, say to 1 hundredth of a centimetre.

This data is not intrinsic in nature. It can be depicted on a frequency distribution table as well. When the discrete data achieves a couple of values, they can be used in the same way as qualitative variables were used to ply into the frequency tables.

Where before we only used qualitative data, we know use absolute numerical measures in the form of discrete data by analyzing their frequencies. If it turns out to be continuous in nature of discrete with a couple of different values, new categorizes are formed after division. Instead of listing categories which are qualitative, here will list different numerical measurements. The primary ideas in a process of categorizing different quantitative variable into classes are through these particular methods. Firstly, Finding the lowest and highest values the categories have in the data set. The next step involves deciding on interval which are equal. We form class intervals which is required to cover the range between these highest and lowest values. We then count the total observation in each interval calling it frequency. We then measure the relative frequencies of different categories.

This data is often depicted graphically via histograms or bar graphs. The bar graphs can again be horizontal or vertical. The categories are used to form grouped data which is used to form Histograms showing relative frequencies or just frequencies. Sometimes if the data which is quantitative is also discrete, it can be graphically depicted via bar graph. This can also be done if he class intervals are not equal.

This assignment wing has such efficient expert advisers and academicians who have helped me with most of Assignments and studies and it’s a sheer blessing to me for the sort of high quality, error free works they deliver and it’s very impressive that way. Their speed is one among their advantages and I loved their service as they did my analysis on Depreciation and my teacher graded me well.

Remus, Queensland
I was always insecure as I scored the lowest among all my friends and this made them treat me different and I felt terrible, during most of the times. There was an exam that was approaching and my fear started to haunt me, and this is when I signed up to their service online and their expert guidance and teaching style helped me top the class. You should also sign up right away. 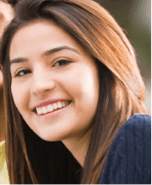 Lana, Canberra
I was in need of some expert assistance with my Research paper as I was in my final year it was something compulsory, ABC Assignment help has such splendorous academicians who were very friendly and helped me frame everything with utmost patience and this helped me finish it easily. Well, I must say I was pretty impressed with them. 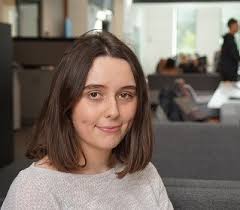