Exploring Marketing Functions And Interconnection With Other Functional

Exploring Marketing functions and interconnection with other functional

LO 1: Explaining the various roles of marketing and the interrelation with an organization’s functional units:4

P1: Explaining the various key roles and responsibilities of marketing function of Coca-Cola:4

P2: Explaining the way of roles and responsibilities of marketing to relate with wider organizational context:7

LO 2: Comparing the ways of use of marketing mix elements (7Ps) to attain business objectives:8

P3: Comparing the ways to apply marketing mix towards the planning process of marketing to attain business objectives:8

LO 3: Development and evaluation of a basic marketing plan: (Refer to PPT)11

P4: Production and evaluation of a basic marketing plan for an organization:11

Marketing is the set of institutions, activity and processes for making, interacting, delivering and exchanging specific offerings, which have value for the customers, partners, clients as well as society at wide. According to (Kotler, 2012, p.50), marketing is related to the science and arts of making, exploring and delivering value according to the needs of a targeted market at a profit. Marketing orientation means the philosophy of a company, giving focus on the inventing and meeting the desires and needs of customers through its products. The meaning of marketing process is to identify market opportunities, select target markets, develop relevant marketing mix and managing the effort of the marketing (Jobber and Chadwick, 2012, p. 66). The learner considers the use of various environmental analyses related to macro and micro levels. Moreover, the learner will investigate the necessity of market segmentation and the way to lead the recognition and total specification related to target groups. According to the consideration of buyer’s behavior, the learner focuses on the main elements of original as well as extended marketing mix. The marketing mix covers the introduction to the idea of PLC, development of new product, pricing strategies, distribution patterns as well as promotion mix. Coca-cola, UK has been chosen as a case study in this present report.

LO 1: Explaining the various roles of marketing and the interrelation with an organization’s functional units:

P1: Explaining the various key roles and responsibilities of marketing function of Coca-Cola:

The micro environment consists of various factors like the company, customers, suppliers, competition. In the case of the micro environment, the company has strong ethic like treat the people well, help the people to develop and provide the people a rewarding life. Coca-Cola excels in their performance, develop their skills and move towards career goals (McDonald and Wilson, 2011, p.44). According to the customers, Coca-Cola gives focus on brand love and they believe that in the case of the long term the loyalty of customer will increase the strengthen their market position. In a case of Coca-Cola, a stable, sound and ethical supply is important to achieve success. For the competition, Coca-Cola competes with Pepsi with the pricing strategy because Pepsi had 14% growth related to net revenue in the year of 2011. Pepsi sells the similar types of products to the customers and becomes number one competitor for Coca-Cola (Coca-Cola UK, 2016). 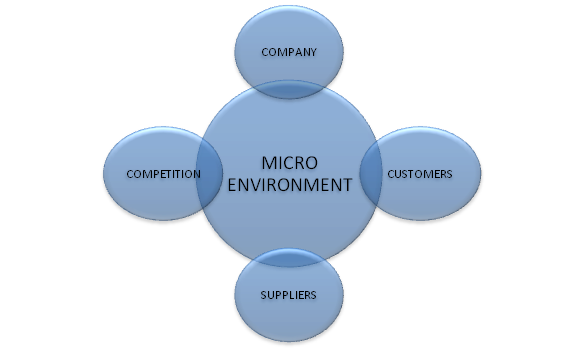 According to the macro environment, various factors are there like political, economic, social, technology, environmental and legal, which affects Coca-Cola in its marketing.

P2: Explaining the way of roles and responsibilities of marketing to relate with wider organizational context:

Marketing has different roles and responsibilities in case of a wider organizational context of Coca Cola Company. The first role and responsibility of marketing are gathering information of market and analysis of that information (Hammel et al. 2015, p.580). In the context of marketing information, marketing helps to identify the demand of customers and their likings related to the advertisements and many others. Marketing helps to achieve the target as well as the objectives of the company by creating different relevant marketing plans.

In the case of designing and developing a product, marketing plays a significant role. Thus, Coca-Cola has made attractive cans and bottles to attract their customers. Marketing helps to improve the packaging of the product so that the customers can handle, and use the package very easily. Moreover, Marketing creates attractive advertisements to increase the brand value of the product (Gouldson and Murphy, 2013, p. 125). Brand value provides special identity to Coca-Cola Company and for this reason, most of the people in the world know about Coca-Cola.

Coca-Cola has various functional units like finance, production, customer service, research and development and many others which have significance relationships with marketing. In the case of finance, it creates a report of profit, loss and other costs. With the help of finance department, marketing can set the objectives and target of the company for next year.

Marketing creates a huge impact on the production of the company. Marketing set a target for the company and according to that target the production, unit determines and increase their production capability (Döckel and Ligthelm, 2015, p.58). Marketing is related to customer service because, on the basis of customer service, marketing unit understands the views of the customers related to the product. Research and development unit provides various research reports to the marketing unit so that the marketing department can set strategies for product development and for competing in the market.

The functional units of Coca-Cola like finance, production, research and development and customer service has importantly interrelated with the marketing function. On the basis of the reports and information provided by other functional units, marketing unit set different strategies to develop the product. Moreover, marketing department set the target for the production unit. In addition to this, customer service has the small impact on marketing department because the function of those two units is different.

LO 2: Comparing the ways of use of marketing mix elements (7Ps) to attain business objectives:

P3: Comparing the ways to apply marketing mix towards the planning process of marketing to attain business objectives:

Coca-Cola is a beverage company which sells soft drinks to most of the countries of the world. The company is based in the UK and their customers are all generations of people, whose age is above 12. Coca-Cola uses 7 P's of marketing in the context of the marketing mix to achieve their target and objectives. The 7 P's of marketing mix used by Coca-Cola Company are a product, promotion, price, place, people, process and physical evidence (Kotler et al. 2015, p. 90). In the case of product, Coca-Cola has the knowledge to assess the customer's mood and market.

The company can understand the demand of the customers and according to the customer's demand they have varieties of products like Diet coke, Coke zero, Sprite, Fanta and many others. Coca-Cola also sells a fruit drink named an Oasis, an isotonic sports drink named Powerade, packaged water named as Schweppes Abbey Well water. Coca-Cola set the price of their products according to the other competitors as well as a geographic segment. The fluctuation of the price depends upon the competitors because the competitors sell those similar products at the same price like Coca-Cola offers.

The company also evaluates the spending amount of people for a specific product and thus, sets the price of a specific product. Coca-Cola Company supplies their various products to all over the world. The company has very much effective distribution network so that they can easily reach to any country in the world. Moreover, the company sells their products in rural and remote areas of different countries. In the case of promotion, Coca-cola spends a huge amount of money in advertising and promotion (Armstrong et al. 2014, p.70).

Coca-Cola creates some innovative advertisements with a catchy line like “open happiness",” taste the feeling" to attract their customers. The company spends a huge amount of money on television advertising as well as for sponsorship purpose. Moreover, the company gives advertisements in international and local magazines newspapers as well as different social media to attract the regional customers. Coca cola also organizes some promotional events in colleges, shopping malls and many other places.

The process of marketing mix includes the manufacturing process and the distribution channel of Coca-Cola. The company has so many manufacturing industries in all over the world. The process of making the drink is very unique and it passes several quality check process. Coca-Cola also manufactures and distributes drinks top the other brand owners like Capri-Sun, Monster energy drinks and many others.

The distribution channel of Coca-Cola Company is very strong and it reaches every corner of the world. The company supplies their various products immediately according to the customer's demand and they concern on the availability of products in every retail shop (Chikweche and Fletcher, 2012, p.511). The physical evidence of Coca Cola is very attractive and can easily identify by observing it looks. However, the logo of Coca Cola is enough to identify the brand of Coca-Cola. 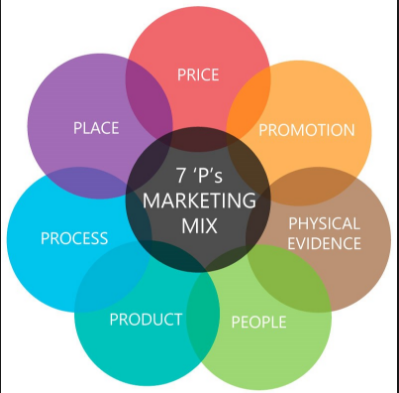 The first competitor of Coca-Cola in beverage market is Pepsi, which sells the similar quality of products. The comparison of 7 P's of marketing mix between Coca-Cola and Pepsi are given below

LO 3: Development and evaluation of a basic marketing plan: (Refer to PPT)

P4: Production and evaluation of a basic marketing plan for an organization:

4.1.1: Importance and value of marketing plans:

The objectives of Coca-Cola Company is

The objectives of Coca-Cola are to sale maximum number of products to the customers. By earning more profit, the company can increase the growth of the business. The increasing brand image will increase the customer's loyalty and it helps Coca-Cola to become the number one beverage company in the world (Chikweche and Fletcher, 2012, p.507).

The strategies to fulfill these objectives are

Study of market segments and competitors helps Coca-Cola Company to identify the key competitors of the market. Reach the product in every area increases the business volume of the company. Stronger distribution channel will reach the product in remote and rural areas. Innovative and attractive advertisements help the company to compete with competitors as well as attract the customers. Moreover, it will create a positive impact on customer's mind.  Target various hotels and restaurants for bulk selling that will increase the profit level. (Refer to appendix 2)

4.2.1: Segmentation of market and selection of target market

The market must be segmented according to age, gender as well as demographic regions to penetrate in the market. The selection of target market means to identify the targeted customers like all generations of people.

In a case of market segmentation, a different tool like SWOT analysis and BCG matrix need to be prepared. Moreover, Porter's five forces model need to produce to identify the barriers.

4.2.4: Creating a marketing strategy and allocation of resources

Giving huge amount of advertisements in local channels, radios helps in developing the marketing plan. The company will request the shareholders of the company to invest in business more.

As a manager, I will supervise all the jobs and give reports and send those reports to the higher authority so that they can understand the function.

From this report, the various roles and responsibilities of organizational functions and the different environmental factors are described. The relationship of roles and responsibilities of marketing relating to the wider context of the organization are elaborated. The way of using marketing mix according to Coca-Cola Company is stated as well as the different marketing mix used by two different companies like Coca Cola and Pepsi for targeting the customers. The production and development of basic marketing plan for Coca-Cola Company and its controlling, measuring, using different tools are elaborated.