Front And Back Stage Analysis Of Starbucks

Choose a real-life service organisation that you are familiar with. Prepare a flowchart of the back-stage as well as the front-stage operations of this business. Using this flowchart, explain the significance of the service encounter, and its managerial implications. The written component of the essay should not exceed 2000 words (12 font, Arial or Times New Roman single spaced)

2. Explanation of significance of the service encounter

Business procedure of a company is determined by a number of internal and external factors that the company is performing in a market. Thus, a business analysis of a company always includes the internal and external factors of the business processes and how the company is integrating some of the important elements into the business for impacting the customers and the market. The primary aim of a company is to gain a competitive position in the market and for that matter; it integrates a number of front stage and backstage operational activities. Front stage activities are associated with production process and back stage activities are associated with catering the products to the customers. The current essay aims to illustrate an analysis of front stage and back stage operational activities of Starbucks. Moreover, there is also going to be a detailed discussion of the significance of the service encounters and managerial implications in the company.

The company also focuses hugely on its CSR activities. As studied by Jackson (2018), the coffee products that are sold by the company are brewed by the company itself. Henceforth, the company owns a base of farmers who look after the coffee brewing process. However, the company has decided to contribute to the economy, society and environment ethically. Thus, for that matter, the farmers own huge financial benefits from the company. Their children get financial aid in terms of their educational and tuition fees. Along with that, according to Michelli (2014), the company also provides medical insurance to its employees and farmers.

As far as the front stage operations of the company are concerned, Starbucks operations management has been highly efficient in the current era. As commented by Xue, Choi and Ma (2016), the company has taken a number of decisions lately for the operational management; the former among which is in terms of its goods and service. In terms of the products of the company, it follows a differentiation generic strategy and therefore, manufactures premium quality products. Moreover, the pricing strategy of the company has helped keep the prices of the products as low as possible. In order to maintain a brand image in the market, the firm has paid a huge focus to its pricing and product strategy. Moreover, as opined by Verhoef, Kannan and Inman (2015), the front stage operations of the company include quality management, by means of which the company ensures the finest quality of the coffee beans that it brews. The company has developed a quality standard for the farmers to adhere to. Therefore, the farmers have to adhere to the standard quality. Moreover, an important step followed by the company is to appoint only those farmers who are approved of the Starbucks Coffee and Farmer Equity.

The process and capacity design is also one of the core areas of the company in terms of front stage operations. According to Wirtz et al. (2016), company pays clear precision to each of the processes at the stores. It always keeps itself updated in terms of the demands in the store and caters to their needs accordingly. In times, where there is increase in demand, the company integrates cost effectiveness and develops its processes and workflow for better service delivered to customers. Henceforth, it is clear evident of the importance of customers to the company. The location strategy of Starbucks is one of the most important strategies of the company. In the opinion of Morsin and Roepstorff (2015), the firm owns more than 2000 stores in US. It aims to keep its stores in every possible area which would be beneficial for the customers and their accessibility. Apart from the regional areas, the stores of the company are also located in airports, stations and highways, thereby, making ease of customers’ accessibility in each possible place. In addition to that, Starbucks also follows a strong human resource management system which pays a lot of precision to the benefit and well being of the employees. According to Ragozzino, Reuer and Trigeorgis (2016), the human resource management looks after the needs of the employees and workers owing to the fact that production is an important factor in the company and for that reason, it is immensely important to cater to the needs of the employees. Performance management is integrated into the company for the improvisations of the employees’ performance. Henceforth, rewards and incentives are provided to them for motivating them and putting a positive impact on them. 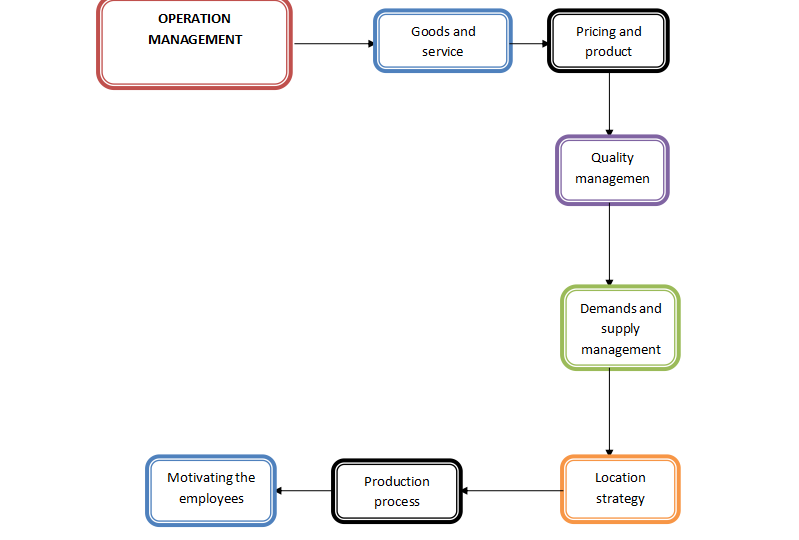 In terms of service encounters, Starbucks has paid majority of its focus to the customers. The company always pays heed to the fact that there is integration of the needs of the customers at every production process and business design of the company. As mentioned by Schaper et al. (2014), the major promotional platform of the company is social media which has helped the company gain the engagement of the customers to a great extent. As studied by Taecharungroj (2017), the company has 8 million followers on Facebook, while the number is 4.8 million where Twitter is concerned. Therefore, this has helped the company understand the existing trend among the customers and what they want in terms of the services catered by the company. Thus, the production process of Starbucks would be a lot easier as the needs of the customers would be integrated and the business procedure shall change accordingly. Moreover, Starbucks has paid a lot of focus to development of its mobile application for catering online services to customers. As observed by Schwartz (2017), almost 18% of the card transactions at Starbucks accumulate through mobile application and online service. Thus, this is evident of the increase of online services at Starbucks through the advancement of technological services in the company. The significance of this service is the increase of customer base of the company.

As influenced by Stead and Stead (2014), it can be stated that customers who would previously refrain from buying the products of Starbucks due to hectic schedule can now avail the products due to initiation of online service. Henceforth, this would reflect into the increase of customer base of the company and also profitability. Moreover, another service initiated by the company is its personalization. For instance, there is distinctive recognition of each of the customers in the company where they are called out by their names. In addition to that, Starbucks has aimed at providing a better experience to the customers by indulging them into the business affairs of the company (Snell et al. 2017). The stores have been designed in ways which are helpful for putting a positive impact on the customers. The customers also become able to connect with the company. Therefore, as a result, there has been gaining of loyalty from the customers by the company.

The primary managerial implication of Starbucks is human resource management. In the opinion of Mason, Cole and Goza (2017), Starbucks aims to put high efficacy in its production process and therefore, pays focus to the fact that there is strong and efficient base of employees. Henceforth, the human resource manager would look after the recruitment and selection of employees and workers. The company also has a base of farmers for the brewing process. Thus, the management has set standards for the farmers before they are appointed by the company. Along with that, the employees that are recruited to Starbucks are also ensured of their skills and knowledge. As stated by Real and Percell (2018), Howard Schultz precisely pays heed to the availability of a strong managerial sector in the company and that is why he personally appoints them. Along with that, the supply chain management of the company is also worth mentioning. The supply chain managerial process of the company includes having a number of warehouses in each of the countries where the headquarter delivers the raw materials which are further delivered to the stores. The company always puts emphasis on a strong communicational medium to track the logistics officials.

The management is headed by Howard Schultz who is the CEO of the company and pays attention to the implication of location strategy. As commented by Baughman (2017), the company focuses on the fact that there is adequacy of the stores of Starbucks all across a country so that it becomes easy for the customers to visit Starbucks even at places where there is no other food store. Thus, this would help gain the confidence of the customers. According to Guler (2018), product diversification is another strategy that marks the managerial implication of the company. Previously, only coffee products were leading to lesser number of customers gaining by the company. However, in order to eradicate that issue, the company has also initiated a range of new products such as pastries, Frappuccino, and chips and crackers.

Based on the findings of the current research, it can be stated that the back stage operational analysis of the company shows that there are plenty of warehouses where the distribution of the coffee products takes place. Social media use of the company is the most important marketing and promotional strategy which have helped gain a number of customers by the firm. The CSR activities of the company uphold the integration of ethics into the company which shows that there is medical and financial assistance provided to the workers and employees of the company. The front stage operational analysis shows that the company has taken a number of decisions lately for operational management which include products and pricing, store design and development of quality standards for the recruitment and selection of employees and workers. The services catered by the company are online services, social media usage and providing better experience to them. This has helped the company gain a better impact from customers which has reflected into increased customer base.